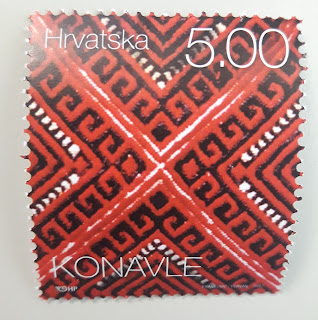 On March 14th the Croatian Postal Service released four regular stamps of the Republic of Croatia into circulation. The theme of this regular edition of postage stamps is Croatian ethnographic heritage and the motifs on the stamps feature details of national folk costumes. The stamps feature details of national folk costumes from the island of Zlarin, and from the regions of Podravina, Konavle, and Istria, and their author is Orsat Franković, a designer from Zagreb. Ivo Pervan, a photographer from Split, is the author of the photos from Zlarin, Konavle, and Istria, and the photo from Podravina is the property of the Society of Original Folklore (DIF) Koprivnicaki Ivanec archive. The postage stamps will be printed as follows: 500,000 copies for Zlarin, 500,000 copies for Podravina, 250,000 copies for Konavle, and 500,000 copies for Istria. Regular stamps will be printed in sheets of 50 stamps and there will be a joint sheet with all 4 stamps that will have a circulation of 20,000 copies.
Objavio/la Dubrovnik Tourist Board u 03:15 Nema komentara:

TRAFFIC INCREASED IN CROATIAN AIRPORTS SINCE THE BEGINNING 2017 - DUBROVNIK LEADS 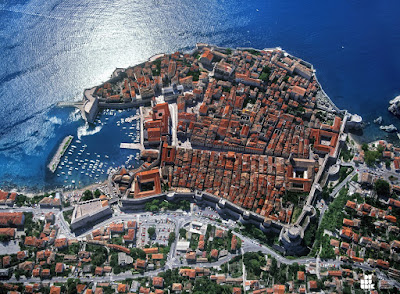 According to the Croatian Bureau of Statistics (CBS), during January of this year 218,000 passengers passed through Croatian airports, which is 19,000 passengers or 9.7 percent more compared to January 2016.

Thus, the trend of growth in air traffic from last year continued at the beginning of this year, when the total passenger traffic through the seven airports in Croatia grew by 13 percent compared to 2015.

The newest CBS data shows that the greatest number of passengers in January was recorded at the airport in Zagreb, which saw 168,131 travellers, or 7.4 percent more than in the same month last year. However, the largest percentage increase, 24.9 percent or 19,103 passengers, was recorded at the airport in Dubrovnik.
Objavio/la Dubrovnik Tourist Board u 03:06 Nema komentara: 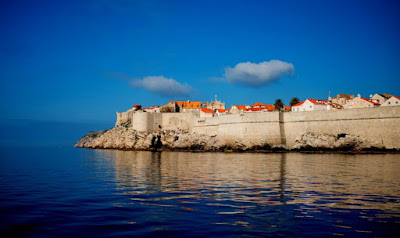 According to data from the E- visitor system, the first two months of 2017 were extremely successful for tourism in Dubrovnik. There were 26,938 arrivals, which is an increase of 12 percent, as well as 76,553 overnight stays or 19 percent more than in the first two months of 2016. In first place according to the number of visitors were local guests (from Croatia), followed by those from the neighbouring Bosnia and Herzegovina, then Korea, France, the United Kingdom, the United States, Hungary, Japan, Spain, and China.
Most arrivals were seen in hotels (23,142 arrivals), which showed an increase in the number of arrivals of 7% compared to January and February 2016. There was also a better occupancy rate in private accommodation facilities (2,447 arrivals), which is a 55% increase in arrivals compared to the same period last year. There were 55,916 overnight stays in hotels (5% more than in 2016), and in private accommodation there were 13,024 overnight stays (75% more than 2016).
According to age groups, in January and February most guests that visited Dubrovnik were aged 41-60 (9% more than in 2016), followed by guests aged 31-40 (3% more than in 2016), and then guests aged 21-30 (a large increase of 25% compared to the same period of 2016).
Only in February there were 15,186 arrivals, which is at the same level as last year, as well as 41,423 overnight stays, or 7% more than in the same month in 2016. In February, most guests in Dubrovnik were from Croatia, followed by the United Kingdom, the United States, Bosnia and Herzegovina, Hungary, Korea, France, Spain, Japan, and China.
It is obvious that the establishment of year round flights to Frankfurt and Istanbul and the continuation of the flight from London, the rich program of the Dubrovnik Winter Festival, as well as the shooting of the film Robin Hood: Origins, and the presentation of the new car model of the Nissan Micra, contributed to the strong progress of winter tourism in Dubrovnik, bringing our city closer to achieving the goal of year round tourism.

The film production company “Pakt Media” who were involved in the Robin Hood: Origins filming in Dubrovnik organised a cleaning of the harbour in yesterday. The old harbour was the location of the first set to be built in the city and was one of the largest and most intricate sets.
On the final day of filming of Robin Hood in Dubrovnik, on the 6th of March, the set was “burnt down” in a dramatic scene. Of course the set wasn’t actually burnt down it was a mixture of special effects and controlled explosions.
The harbour was cleaned by Pakt Media, with the assistance of the Poklisar restaurant and the public cleaning company, and divers cleaned the seabed. The Dubrovnik Diving Club spent most of the day cleaning the seabed and today the local boats, that were moved for filming, will be returned to their original positions. 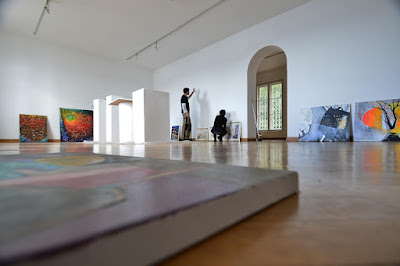 The third exhibition in the ˝Dubrovnik Moment in the Fine Arts˝ series, which brings together paintings, sculpture, prints, and drawings by Dubrovnik visual artists, is now being held at the Museum of Modern Art Dubrovnik.

A jury consisting of art historians Antun Karaman, Sanja Žaja Vrbica, and Lucija Aleksić selected works that will be present Dubrovnik artists and an overview of the city’s fine arts in the most widely represented traditional media of painting and sculpture.

Originally, 92 artists with a total of 219 works applied to be shown in the exhibition, of which 112 works by 71 artists were selected, because the aim of the exhibition is to show the cross-section of different phenomena on the Dubrovnik scene with unique signatures and reflections of traditional and contemporary themes.

The exhibition will be open until 9 April 2017.
Objavio/la Dubrovnik Tourist Board u 03:06 Nema komentara: